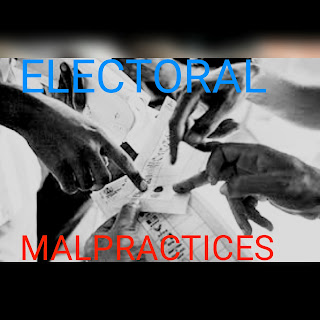 Malpractices means improper conduct or behavior. It is also the act of failing to carry out a guilty properly. Electoral malpractice, therefore, means a form of electoral misconduct, especially during election.. It is an act of influencing the electoral processes towards gaining advantage that will ensure political power. The politicians, electoral commissions, security officers, electorates, and someone at the major contributor to the social menace.
FORMS OF ELECTORAL MALPRACTICES
ELECTORAL malpractice are in varying forms. Some of them are discussed below :
CAUSES OF ELECTORAL MALPRACTICES :
Electrons the game of figure, in which has the highest figure is declared the winner. It is like a game in which someone or some group must win. The main cause of electoral malpractice, however is that everybody wants to win in an election. The causes of electoral malpractice are  as discussed below:
thanks for stopping by
See also  TENSES IN ENGLISH LAGUAGE, TYPES OF TENSES