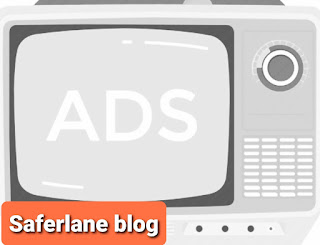 The advantages and disadvantages of tv advert are a lot but one can deduce some most important one. in this article, I hope this article might be good and could be recoin as an abstract for

some people writing project or given as an assignment, so in this article we will be talking about advatages and disadvantages of tv advert has.

Watching TV is the most common leisure activity in our country today. It is the medium where the consumer spends the most “attentive” time. A number of surveys report average daily television viewing time as high as five to six hours including prime time when television viewershp is at large, sometimes prime time might be from 7 to 7:30 in the morning and something like 9:o clock in the night when the nuclear family gather around to watch their favourite TV show, the 9 o clock show does not come easily with few viewership because mummy, daddy and the children are all back from where they might have all been since morning. No wonder it has grown into a giant advertising medium. While the newspaper may cover the city’s general metropolitan area, TV offers the greatest possibility for creative advertising. With a camera, you can take your audience anywhere, and show them almost anything. The power of television is in its ability to simultaneously appeal not only to sight and hearing, but to strengthen interest through the dimensions of movement and the realism of full color.

It is comprised of pictures and words, but of the two, the pictures are infinitely more important.TV advertising can show and tell many people about your product or service, and actually demonstrate the benefits of ownership. Since they see how it works and how it is packaged, every time they see it they will be psychologically reminded of their desire to have it.

Television always has been a popular medium for large retailers, but because of lowered production costs and the ability of cable to reach smaller market areas, its use by small and medium size businesses is becoming more popular. Television is often referred to as the “king” of the advertising media. It has proven its power to influence human behavior again and again. But it is also the “king” of advertising costs as well.

Some advantages of television advertising include the following:

– Television reaches very large audiences – usually much larger than the audience your local newspaper reaches, and it does so during a short period of time.

– Since there are fewer television stations than radio stations in a given area, each TV audience is divided into much larger segments, which enables you to reach a larger, yet, more diverse audience.

– It has the ability to convey your message with sight, sound and motion, and can give a product or service instant validity and prominence.

– You can easily reach targeted audiences : Children can be reached during cartoon programming, homemakers during daytime programming, and insomniacs after midnight.

– Even if your commercial is being aired, viewers may never see it unless it is intrusive enough to capture their attention.

– A minimum amount of airtime provides limited length of exposure and ad clutter.

– The message comes and goes, and that’s it! Unless you buy additional time, the viewer doesn’t see your commercial again.

– Multiple exposures are required to achieve message retention and consumer action. If youdon’t reach your viewer at least 5-7 times, you are just throwing money away.

– No station loyalty; Viewers have little or no loyalty to the station itself – especially since cable and Internet can bring dozens of viewing alternatives into the home. For example, viewers will watch a given channel for a program they know will be aired at a specific time. If a football game, popular movie or some other preferred form of entertainment appears on another channel, the viewer will not hesitate to switch channels without leaving the couch.

– The introduction of DVRs and other program recorders often allow viewers to avoid commercials.

– Even when watching “live,” during a commercial break the viewer may choose to get a snack, go to the bathroom, check social media, or have a conversation about whatever they were just watching.

– Because of a larger “area of dominant influence,” the relative cost will be higher – both the terms of airtime and production. The “glitz and glamour” associated with producing a television commercial makes it one of the most appealing advertising methods.

Carefully consider your budget and other options, however, to be sure a TV ad makes sense for your company.