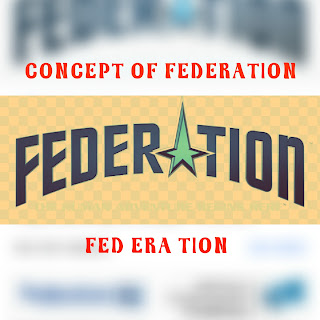 THE LEVELS OF GOVERNMENT IN A FEDERATION.

Government may exist under three levels. This are federal, state and local government. All the three tiers of government exist for and have things in common, which, essentially, are to improve the life of their people. Their individual and collective power, functions and limitation and enumerate in the constitution of the country.

The federal government is vested with supreme, but not interfering powers over other tiers of government. It is also known as the central government. It is exclusively in control of the armed forces, police, aviation, immigration, emmigration, custom and excise, electricity, foreign affairs, currency minting, and so on. It is headed by the president and commander in chief of the armed force.

The states has the power to make laws, provide education, health service, et c. They equally have jurisdiction in matters relating to agriculture, forestry, native and customary courts, they also have right to collect taxes, levies, fines etc. The state government is headed by an executive governor who controls every hour of the state and might contribute to the wellbeing of the local government that are there in the state because as a federation,  local governments exist in a state.

Local government is seen as the government at the grassroots level in order to take complaint and help people to modify their society as the smaller aspect of government it is seen to be the smallest in the three tiers and sometimes get resources from grants from both the federal and the state. Local government as the residual power to develop rural areas and to serve as facilitators of local or rural transformation through rural roads, agriculture and food production, market and parks development and so on it is headed by an executive chair person called a chairman.

Each of the three tiers of government has power to make law. At the federal level, the legislative arm is bicameral, there’s the senate, which is the upper house and headed by the senate president supported by other officers of the senate such as the deputy senate president, majority leader, minority leader, clerk of the house, chief whip, and so on there is also the second chamber at the federal level, which is the house of representatives, headed by the speaker of the house and ably supported by the deputy speaker, clerk of the house, and so on, this two legislative houses makes the law for a country at large and of which their power is derived from the constitution.

At the state level, legislative functions are performed by the state house of assembly, whose members are elected representatives of the state based on local government population distribution. The state assembly headed by the speaker who makes for the smooth running of the state.

In principle, the federal government is the most powerful and coordinating unit but it cannot impose power and policies unilaterally on the other tiers and accept policies that falls under its exclusive powers.

DIFFERENCES AMONG THE THREE TIERS OF GOVERNMENT
Thanks for stopping by to get this from us we hope you loved it. Keep visiting to get the latest ones, bye for now.