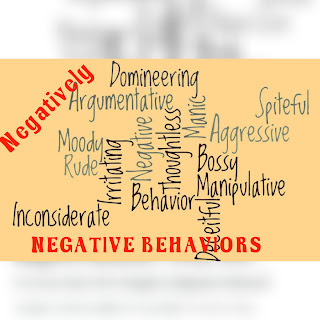 Society of the world all have ideal that they hold on to, the structure of way of life they accepted,  such way of life or ideal or ideas is what people are expected off to lift on in the society, showing the behaviour that is totally contrary to that is being frowned upon and punishable by the law, such behaviour termed as negative behavior.

Negative behaviour can be described as the slaying attitude of behaviour that is undesirable and does not conform to the ideal, or standard of the society.

Those who go against the rules and regulation that is guiding a society that held on to  negative behaviour later in the future or a moment disgrace their family,  their precious self and society at large. Negative behaviour can also be termed as the following.