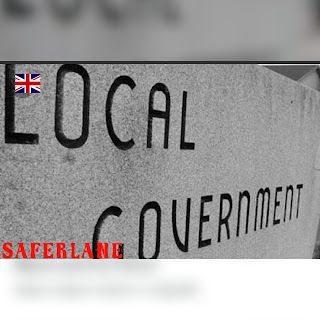 Local government may be defined as a government established through an ACTS OF PARLIAMENT, at the local level and to deal with specific matters as it affects them. Local government authorities are
created, mainly to deal with matters of local concern, e.g. Markets, federal roads, motor parks, e.t.c. Their functions are mainly confined in the RESIDUAL LIST.

POWERS OF THE LOCAL GOVERNMENTS.

REASONS FOR THE CREATION OF
LOCAL GOVERNMENT.

1. Bringing government nearer to the people: Local government is mainly created, to bring government to those at the grass root. This system is good for a large country I.e heterogeneous states.

2. Local participation: It provides opportunity for the local people i.e. people at the grass root, to participate in the politics of their country.

See also  WHAT IS POLITICAL PARTY? FEATURES AND FUNCTION.

1. Provision of health centers : This is solely dine by the local government, for the benefit of people at the grass root. They provide things like, maternity centers, dispensaries etc..

3. Establishment and maintenance of cemeteries and homes of destitute

SOURCES OF REVENUE FOR
LOCAL GOVERNMENT.

2. Grants: This is another source of revenue for the local government. They receive grants from both the central and state government. However, in most cases, these grants are for specific projects.

3. Defaulters of bye-laws : Fines are usually paid by those who have offended the rules and regulations, and these generates revenue for the local government.

See also  WHAT IS FAMILY, STRUCTURES AND TYPES OF FAMILY

1. Embezzlement of public fund: Some of the officials involves themselves in the embezzlement of the revenue generated, and this leads to adverse effect on the part of the people.

2. Inefficiency of leaders : most local government chairman are inefficient for the post they are being allocated to and this has serve as one of the leading problem in the society.

3. No room for accountability : most official set at each local government are not being critically supervised on, so this has being another leading problem in public management.

4. Uncooperative act of the society inhabitant : the people in some society are not very well good in terms of corporation and this will bring to then bad leadership which may not be able dissolve the ills done by their so call leader.

5. Secession : secession threat is another factor issuing or militating against the smooth running of local government, the fact that society is voluntary means that any member can quit any meetings and decision making pact of the local government.