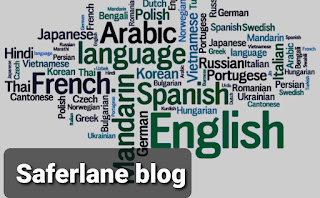 Language to many people is in different sense, if one should ask what is language, a lay man will tell you “language is what we speak to one another or understanding purpose and interaction sake, the question now is, is that the real answer, no!

According to many scholars, language has been seen in different perspective and from different angle.

Language in another sense is the non-instinctive method of passing and conveying ideas, feeling, perception, conceptions of voluntarily produced sign, but to sociologist language is a means of socialization I.e means of interaction, the way the new child born into the family will be able to also comply with given rules, the family which serve as the agent of socialization for every being tends to first make the child understands the language that can give him higher chance in the society.

To sociologist language is a means of socialization, but linguistic opine that language is a systematic body of rules or rather a system of arbitrary symbols used in process of communication. It deals with all forms of rules and regulations that totally govern it into pattern used for communication. The only fault militating against language is that at different level or places the rules that govern it is not unitary but scattered I.e the lexis, syntax, phonology/phonetics, morphology, stylistic and semantics.

A philosopher define language as combination and recombination of signs, symbols and sounds used for expression of thought. It is a vehicle for transmission of social convections and technical convection within framework of culturally and linguistic possibilities.

Judging from diverse of definitions of many scholars it is obvious that language is certainty element in human society because without it there can’t be continuity in the society and we humans will be less or just like an animal who bleat, roar, mew and make other ridiculous sounds, but the superiority of human race on all other race has make it essential for humans to use languages to communicate ideas and feelings.

Features and characteristics of language

Every human language has some basic characteristics  which include the following:

The four of these serves as compliment to one another so take note of it as it goes, when one has a listening ability and patient he speecks it gradually then could read long words in that particular language before knowing how to write it.